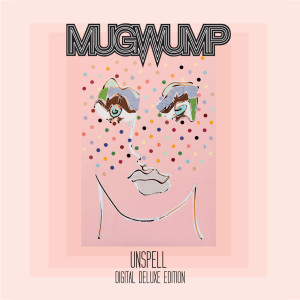 Subfield and !K7 are pleased to announce the digital re-release of a special deluxe edition of the current “Unspell” album from revered Belgian DJ and producer Mugwump, which bounds through everything from New-Beat & Post-Punk to Funk or Disco.

Following an across the board praise, with serious accolades in the music press from the likes of Uncut, Mixmag, DJ Mag, Nowness or The Fader to Les Inrockuptibles, Le Soir, De Standaard or Metro, “Unspell” has been dubbed « Belgium’s underground answer to Daft Punk » by German electronic bible, Groove magazine and has also been duly translated for the LIVE stage in a storming psych/electronic funk/indie mix, played by a 4-piece band (bass/guitar/synths/fxs/beatbox).

The digital deluxe edition (SF004DD) wlll be released trough !K7 on January 22 and will feature live versions from album tracks “After They Fall” and “School’s Out » plus two previously unreleased studio tracks, “Head- Master” and “Voetbalkniien” (a cover from cult Dutch post-punk hero Ton Lebbink in full-on LCD Soundsystem mode), followed by a monstruous remix package (vinyl/digi) in February 2016

“Unspell” has been featured in Metro‘s TOP 40 albums of 2015, and got a nomination for Best 2015 album at Redbull Elektropedia Awards.